Housing Market Starts Off Year on the Upswing 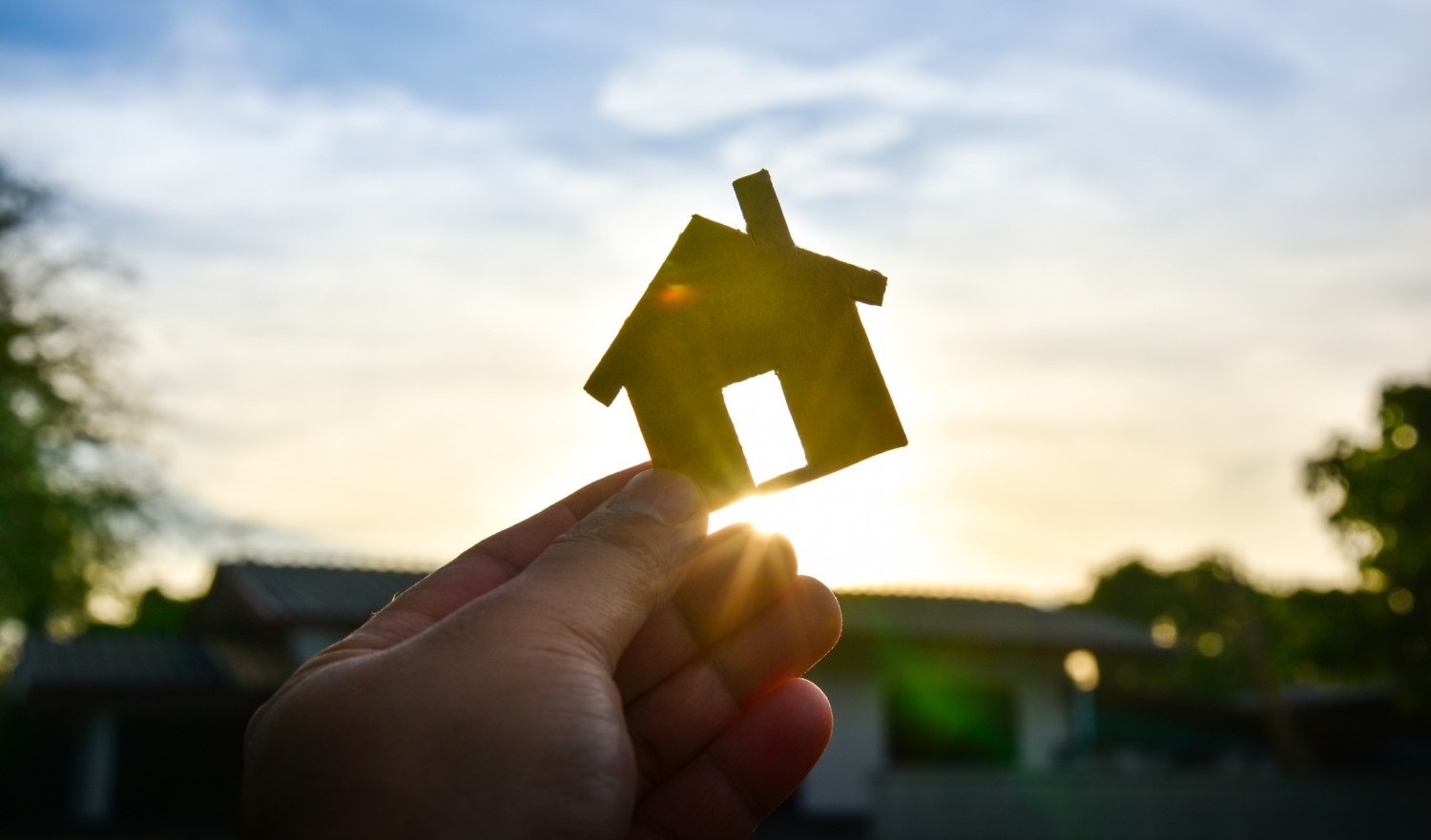 As the housing market approaches the end of the first quarter, there have been some encouraging signs for home sellers and homeowners who may be weighing whether to sell. The year kicked off on a fairly strong note for the housing market both on a national and statewide level.

January sales of existing, single-family detached homes in California totaled 420,100, up 4.4 percent from a year earlier and 2.1 percent from the prior month, according to the CALIFORNIA ASSOCIATION OF REALTORS® (C.A.R.)

The median price for single-family homes sold in California in January was $489,580, which is a 4.8 percent increase from the median price recorded during the same month in 2016 but a 3.8 percent decline from December’s $508,870 median price.

“California’s housing market continues to be defined by the higher-priced, coastal markets and the less expensive, inland areas that still offer access to major employment centers,” said C.A.R. President Geoff McIntosh. “For example, eroding affordability and tight housing inventory are pushing buyers away from the core Bay Area markets of San Francisco, San Mateo, and Santa Clara and into less expensive bedroom communities, such as Contra Costa, Napa, and Solano. In Southern California, an influx of buyers from coastal employment areas into the Inland Empire drove healthy year-over-year sales in Riverside and San Bernardino.”

Several metropolitan areas in California were among the regions nationwide where homes were selling fastest. Data from realtor.com® showed that the metropolitan statistical areas where listings stayed on the market the shortest amount of time in January were San Jose-Sunnyvale-Santa Clara, Calif., 43 days; San Francisco-Oakland-Hayward, Calif., 47 days; San Diego-Carlsbad, Calif., 55 days; Seattle-Tacoma-Bellevue, Wash., 57 days; and Nashville-Davidson-Murfreesboro-Franklin, Tenn., Vallejo-Fairfield, Calif., and Greeley, Colo., all at 58 days.

Other parts of the country also experienced gains in sales and prices during the month of January. In fact, every region except the Midwest saw an increase in unit sales, according to the National Association of REALTORS® (NAR).

Nationally, sales of existing homes, including single-family homes, townhomes, condominiums and co-ops, were 3.8 percent higher in January than a year ago and were up 3.3 percent from December 2016, according to NAR®. The median existing-home price for all housing types increased 7.1 percent year-over-year to $228,900 compared to $213,700.

NAR Chief Economist Lawrence Yun noted that strong hiring and improved consumer confidence at the end of 2016 “appear to have sparked considerable interest in buying a home.”

“Market challenges remain, but the housing market is off to a prosperous start as homebuyers staved off inventory levels that are far from adequate and deteriorating affordability conditions,” Yun said.

But in a separate report about pending home sales released in late February, Yun noted that homebuyers faced obstacles in January, including insufficient supply levels, which was a drag on contract activity in some parts of the country. In fact, the Pending Home Sales Index, which is a forward-looking indicator based on contract signings, slid to its lowest level in a year. Pending sales decreased 2.8 percent in January from December 2016 and although January’s index reading was 0.4 percent above the year-ago index reading, it is the lowest since then.

Take a look at what was happening in our Northern California offices during the last two weeks of February:

East Bay – The region is still dealing with a shortage of active inventory, which is leading to multiple offer situations and properties selling well over the asking price in Oakland and other areas. “Oakland is very much still on the receiving end of many buyers coming in from all over the Bay Area and out of state making it more and more difficult for first-time homebuyers to find a home,” explains the Oakland office manager. To provide a better idea of how tight the housing supply is, the Berkeley office manager outlined inventory levels noting that there were virtually no changes from the prior two weeks: In Berkeley there were 27 houses available for sale compared to 33 under contract, which is an inventory supply of .82 months. In Albany, there were six active listings versus seven under contract, a supply of .86 months. El Cerrito showed 16 active properties and 15 under contract, which is a supply of 1.07 months. In Oakland, there were 211 active listings and 249 under contract, a .85 months’ supply. Looking north to Richmond, there were 90 active listings and 93 under contract, a .97 months’ supply.  There is consistent strength in the East Bay market, which is reflected in the continued price increases, intense demand for homes in the region, and low supply.

Monterey County – Weather hampered home sales and listing inventory in the region, which experienced a decline in sales and new listings in February. Many sales associates reported that they couldn’t have properties photographed because of the flooding, explains the manager of the Monterey Peninsula offices. “We hope that February showers will bring March buyers to the market,” he said.

North Bay – As in other areas, one of the main challenges of the market in the North Bay, was lack of inventory. Multiple offers were happening with nearly all of the new listings coming on the market, as demand continued to outpace supply in the last two weeks of the month, notes the Greenbrae office manager. Listings priced under $1 million, in particular, sold quickly. In Marin County, there were 215 properties available for sale in the last two weeks of February, with only 55 priced under $1 million and 18 priced under $750,000. In a similar manner, the Novato office manager explains that homes in the $1 million to $1.5 million price range in “prime locations” were selling quickly. She said inventory is so tight that homes that had lingered on the market for more than three months were selling. Novato had 41 active listings, 25 percent of which were condominiums, and 50 contingent/pending sales in the last two weeks of February. The tight supply is affecting unit sales. Sales were down 9.7 percent year-over-year and inventory declined 20.8 percent, according to the Santa Rosa Bicentennial office manager. The median price for February was $550,000, which is 7.8 percent higher than the same month in 2016. The significant rainfall also affected market conditions, as the Santa Rosa Mission office manager shares that it kept “a lid on the market.” Meanwhile, in West County, listings doubled but inventory remained at an all-time low, said the Sebastopol office manager. Most properties in that region received multiple offers and went under contract within 10 days of hitting the market, she notes, and all cash offers were “usually the winning offer”.

Placer County – The area saw robust open house activity, even as inventory remained tight and homes priced under $500,000 were selling within a few days of being on the market and drawing multiple offers. The Auburn office manager points out that several homes priced under $400,000 went into escrow within a couple of days and for over the list price. Some offers turned into all cash offers, instead of offers with a mortgage contingency, so that buyers could be successful, according to the El Dorado Hills office manager. As for the higher-end market, more listings came on the market but pending sales and closed sales were about the same. Buyers of luxury properties continued to be being very selective.
Sacramento County – The supply of listings picked up in some areas and declined in others, but multiple offer situations were still occurring in some communities. Listing inventory doubled in the last two weeks of February but well-priced homes continued to sell at a quick pace, according to the Folsom office manager. However, the Sacramento Fair Oaks manager reports that inventory was still very light and that multiple offers on lower-priced homes was “leading to appraisal problems.”

San Francisco – Sales activity was on the rise in San Francisco in the last two weeks of February, with both the Lakeside and Pacific Heights office managers noting an increase in sales. Multiple offers were common, as the San Francisco Lakeside office manager points out that most properties that were “well priced, well prepared and well publicized” were getting more than 10 offers. Still, the manager cautioned that some sellers were unrealistic with price expectations.

SF Peninsula – The overall theme in the region continues to be a shortage of supply met with strong buyer demand, although some offices serving the area reported an uptick in listing inventory. Open houses in Menlo Park, San Carlos, and other communities in the region attracted large turnouts. The Woodside & Portola Valley office manager points out multiple offers were consistently seen for properties across most price ranges. Buyer demand has been healthy as the Menlo Park office manager notes that they’ve seen a return of homebuyers who were previously unsuccessful in their efforts to purchase properties.

Santa Cruz County – A key challenge in the county was the low number of listings. The number of active property listings on the market has decreased each month since June 2016, said the manager of the Santa Cruz offices. There were approximately 184 active listings, which is almost half the number of listings a year ago. There were almost an equal number of sales this year compared to last year, at 87 active single-family homes. The average sales price for single-family homes is $904,743, which is up approximately $10,000 from the total for 2016. The luxury market has been fairly consistent over the last five to six months, and demand has remained strong through the winter, leading to the lowest inventory level in more than three years, according to the manager of Santa Cruz offices. There were approximately 60 sales of properties priced more than $1 million. The number of active listings over $1 million declined from the prior month.

Silicon Valley – Increased sales activity, busy open houses, and multiple offers were the general theme for the region. The Cupertino office manager notes that open houses were getting “hundreds of visitors” and listings were typically drawing 10 or more offers. In the San Jose market, office managers said inventory was lower than a year ago. “We just can’t bring enough homes onto the market to satisfy demand,” said the San Jose Almaden office manager. The number of active listings dropped to 39 units in the last two weeks of the month. “Buyer demand is strong, open house traffic is jammed every weekend . . . with prospective buyers,” said the San Jose Willow Glen office manager. Average sales prices in February were up year-over-year in Almaden (+1.5 percent), Blossom Valley (+2 percent), Cambrian (+5.5 percent) and Santa Teresa (+5 percent). Meanwhile, the Los Gatos office manager notes that buyers were encouraged to see some more inventory coming to the market because inventory had been off 35 percent from the same time last year. He said the luxury market is showing signs of strength, with a recent $13 million sale occurring.

South County –  The South County region is experiencing a seller’s market. The listing shortage is having a significant impact on the market, as there is insufficient supply to meet demand. There were only 40 homes listed for sale in all of Morgan Hill as of March 1, while Gilroy had 76 active listings.  “Anxious buyers are looking to secure a property before rising interest rates prevent them from qualifying for loans,” explains the manager of the Gilroy & Morgan Hill offices. Many sales associates have started to walk through neighborhoods and make cold calls to secure listings.